Keeping the Fire Burning since 1957!

Bob Sykes Bar B Q is a family owned local tradition since 1957. Founders Bob and Maxine Sykes opened an ice cream and hamburger stand in Central Park area of Birmingham, Alabama. This was about the time Bob built his first pit and began to cook the barbeque he remembered so fondly as a child growing up in the hills of western Tennessee. The rest as they say is history.  Bob Sykes has been the benchmark for others to match for true southern barbecue. Times may have changed, but nothing has changed in the way we prepare and cook our famous barbecue and special sauce. The experience and traditions of excellence has been passed down to Bob and Maxine’s son, Van Sykes, who is passing on his knowledge to Jason Jewell, their grandson. 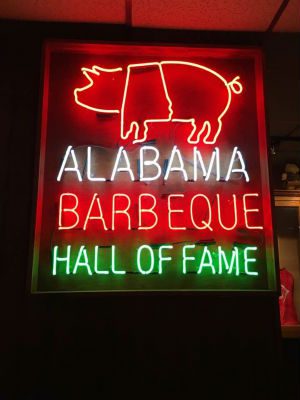 Van Sykes is proud to be one of the 50 founding members of the Southern Foodways Alliance that documents, studies, and explores the diverse food cultures of the changing American South. Bob Sykes Bar B Q has received numerous awards and recognition over the years. The Alabama Tourism Department inducted Bob Sykes into the Alabama Barbecue Hall of Fame for serving legendary bbq for more than 50 years. Bob Sykes was voted as the number one bbq sauce and the bbq pork sandwich was chosen as one of the “100 dishes to eat in Alabama before you die.” The restaurant has been featured in regional and national news coverage and countless barbecue books for its lemon ice box pie and as the place for bbq. The Travel Channel says Bob Sykes is “Not a chain, it’s just a good old fashioned joint with a pig sign and a happy man running it. The Bbq pit is the first thing you see when you enter and Van Sykes will tell you all about it if you ask.

Bob Sykes Bar B Q has begun every day at 3am cooking the fresh pork shoulders over a natural fire of hickory coals steeped in tradition and bound by history of excellence. Three generations of the Sykes family has proudly served authentic southern barbecue that literally goes from the pit to the plate. 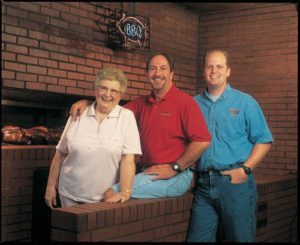 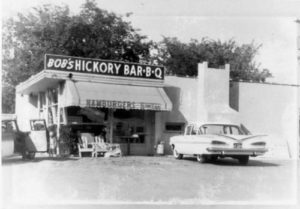 Take a look at our To-Go Menu or our Catering Menu!